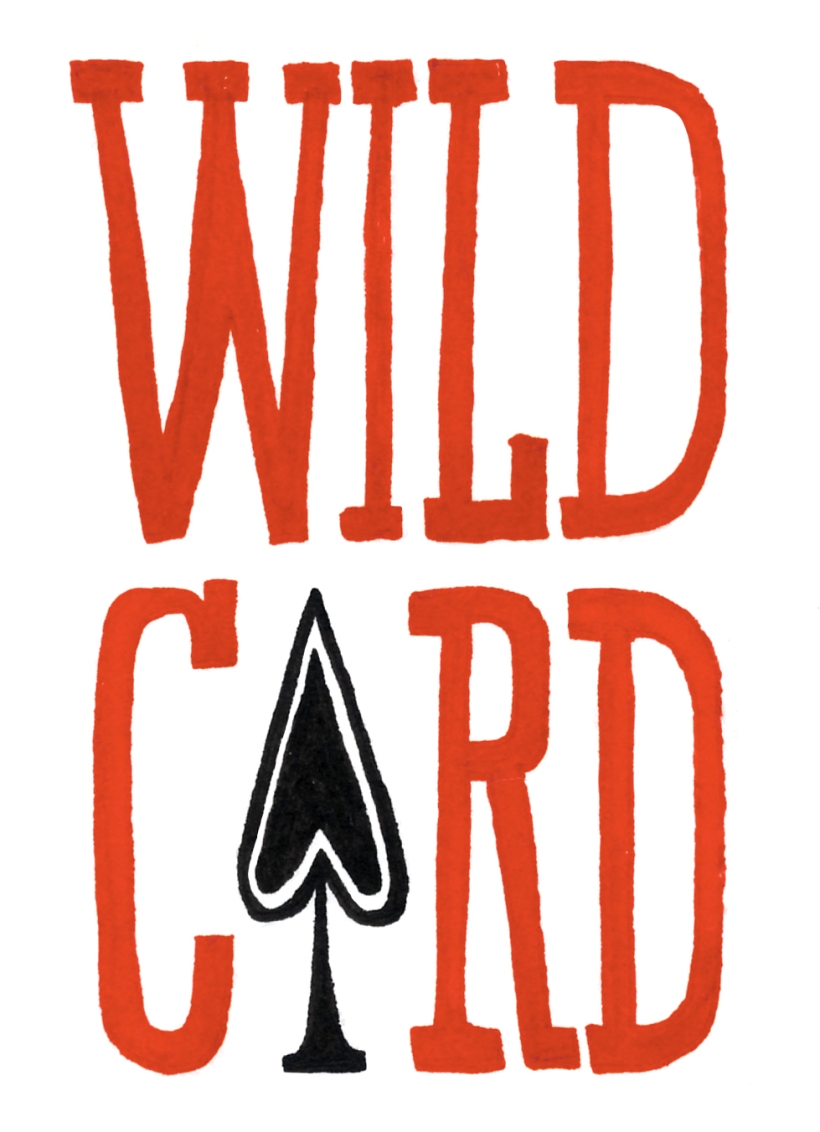 Donald Trump isn’t on the ballot in November, but how much he gets involved in the midterm elections could be a key factor in determining the outcome, according to Wilkes University political science professors Thomas J. Baldino and Kyle L. Kreider.

The stakes are high: control of Congress. Republicans will attempt to hold on to their majorities in the House and Senate, while Democrats hope to ride a wave of opposition to Trump and his policies to take control of one or both houses.

“The critical unknown is, what role will Trump play in this election,” Baldino says.  “How much he intrudes in this election by actually campaigning for or against candidates – how much his tweets affect public perception of him and the candidates running for the House and Senate – will probably vary by district and by state.”

Baldino and Kreider, who have co-written and edited books on voting rights and the history of political campaigns, say the party of the president typically loses seats in midterm elections, in part because those elections are interpreted as barometers of the popularity of the president and the president’s agenda. Both says they expect that pattern to hold true in 2018.

Democratic candidates are happy to make the election about Trump, whose approval ratings are historically low, while the Republicans, for the most part, would prefer to shift voters’ focus away from the president.

The Republican party needs Trump to “shut up and stop tweeting,” Kreider says. 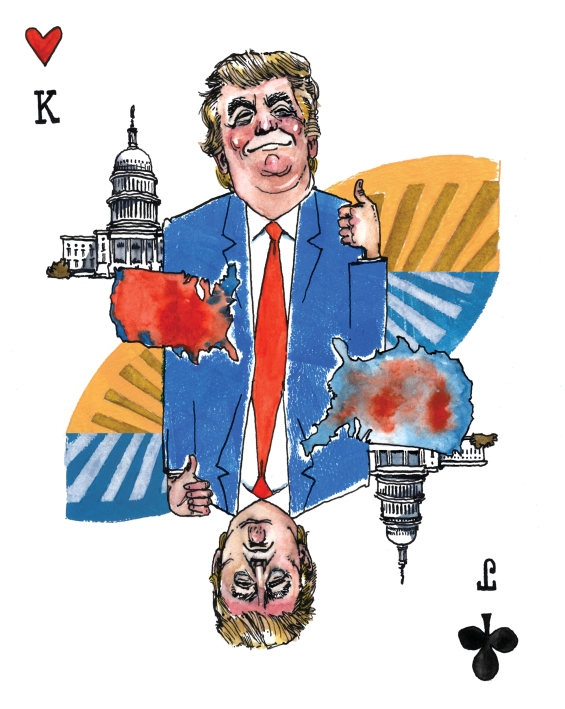 Baldino says that even if a president stays on the sidelines, which he believes Trump is unlikely to do, voters may turn out to register their disapproval anyway, as Republican voters did in 2010 following passage of the Affordable Care Act.

Baldino and Kreider agree that Democrat Conor Lamb’s recent victory in the special House election in southwest Pennsylvania’s 18th congressional district is a concrete example of why the 2018 midterm elections are distressing Republicans. Lamb won by the narrowest of margins – 627 votes— over Republican Rick Saccone in a district considered “Trump Country.”

“President Trump won the district by over 20 percent in 2016, and it was considered safely Republican. Mr. Lamb’s very narrow victory was achieved by appealing to union members, gun enthusiasts and pro-life voters and by not specifically making Trump an issue,” Kreider says. “Mr. Saccone, his opponent, tied himself to the president. Trump and members of his administration visited the district frequently, specifically appealing to voters to cast their ballots for Saccone as a way to support the president, obviously to no avail.  Democrats and Republicans are closely studying this special election for clues on what issues will motivate the voters in their base to win in the fall.”

Democrats will have to be careful, however, about where and when they invoke the president in areas where support for Trump remains strong, Baldino says. U.S. Sen. Bob Casey, for example, who is running for a third term from Pennsylvania, will have to temper his message in rural Pennsylvania, he says.

“In a city like Philadelphia he can go in there and say, ‘You’ve got to return me to the Senate so I can keep a check on Trump,’” Baldino says. “But if he goes out to rural Pennsylvania, he doesn’t want to raise Trump.”

Democrats would seem to have a good chance of taking control of the Senate, where Republicans hold only a two-seat voting majority – but only nine Republican incumbents are up for reelection, compared to more than 20 Democrats, Baldino and Kreider note. Almost half of those Democrats are facing tough battles in states that went for Trump in 2016 and where he still holds higher-than-average approval ratings, including Jon Tester of Montana, Joe Manchin of West Virginia, Joe Donnelly of Indiana, Claire McCaskill of Missouri and Heidi Heitkamp of North Dakota.

In the House, the Democrats need to pick up 24 seats to take control and will focus on unseating Republicans in districts where Hillary Clinton won or performed well in 2016, Kreider says. Structural advantages favor the Republicans, who control the vast majority of state legislatures and thus have drawn the electoral maps to their advantage, he says. But those advantages have been weakened this year because of court-ordered redistricting in states such as Pennsylvania, which is likely to produce some additional seats for the Democrats.

“Democrats and Republicans are closely studying this special election for clues on what issues will motivate the voters in their base to win in the fall.”

Turnout will be a major factor in the midterm elections, as it was in 2016 when Trump drew many voters who had not voted in recent elections. But those voters were attracted by Trump personally, and they may not show up in November when he isn’t on the ballot, Kreider says.

Kreider says Trump’s frequent attacks on Congress may make it hard to translate his support into enthusiasm for congressional candidates. If Trump decides to campaign for Republican candidates, his presence could increase opposition turnout as much as or more than Republican turnout.

“In many respects he’s pretty toxic,” Kreider says. “I just can’t imagine that Republican candidates are going to be requesting Trump to come to their states. His approval rating is just so low.”

Many other factors are also at play in the November elections, Baldino and Kreider say, including higher than usual retirements of Republican incumbents, and heated national debates on issues such as immigration, sexual assault and gun control.

Democrats hope the outpouring of enthusiasm and Trump opposition that they have seen in the Women’s March and #metoo and #neveragain movements translates into votes at the ballot box.

“Trump has woken a lot of people up,” Kreider says.

If the Democrats do win control of the House or the Senate – or both – Baldino and Kreider says the country can expect to see expanded investigations of the president.

Kreider predicts Democrats would retake the House and probably also the Senate, although he anticipated tight races.

“I think it’s going to be a pretty substantial national win for them,” he says.

But the Democrats face the challenge of making the election more than just about Trump, by formulating a clear economic message that resonates with middle- and working-class voters, Kreider says.

“I don’t think the Democrats have done a good job coalescing around what they are about,” he says. “It’s one thing to run against Trump, but you’ve got to stand for something.”

Baldino put the chances of the House flipping at about 50-50 and the Senate at a little less than that, though he noted many factors that could affect voting could still emerge before the election.

“Between now and November is a lifetime,” he says. 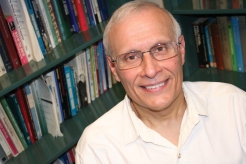 Thomas J. Baldino is professor of political science at Wilkes University. He was the 2017 winner of the President’s Award for Excellence in Scholarship and he is a past recipient of the Carpenter Award for Teaching Excellence. His research interests include legislative politics, political parties and elections and Pennsylvania government and politics. Since the start of the 2016 presidential election cycle, his expertise has been featured in stories appearing in nearly 100 regional, national and international news outlets, including The New York Times, Newsweek and CNN. His research has appeared in political science and history journals, political encyclopedias, and in many conferences paper during his career. He serves as a faculty associate to the Legislative Office of Research Liaison of the Pennsylvania House of Representatives and as the associate editor of Commonwealth, the journal of the Pennsylvania Political Science Association. Baldino earned his doctorate from the University of Pennsylvania, a master’s degree from The University of Illinois – Urbana, and his bachelor’s degree from LaSalle College, all in political science. 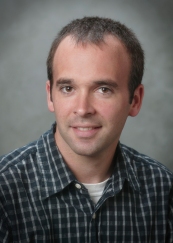 Kyle L. Kreider is professor of political science and chair of the division of behavioral and social sciences in the College of Arts, Humanities and Social Sciences at Wilkes. He also serves as University’s pre-law advisor. During his tenure at Wilkes, he has been the recipient of the Carpenter Award for Teaching Excellence. His research interests include the interactions of law and social science, the Supreme Court’s treatment of political parties, and election law. His research has been featured in journals and in encyclopedias of civil rights and civil liberties, First Amendment, and law and criminal justice scholarship. Kreider holds a bachelor’s degree in political science and philosophy from Millersville University and a master’s degree and doctorate in political science from Temple University.